Here is this week's ichimen about the 100-hour overtime problem, we also included, obviously, the part about Arashi winning the "Artist of the Year" award, and most of Sho's cuts (a comment about the Academy awards, Ralph-san's quiz and a comment on the smoking ban that Sho talked about 2 weeks ago). Thank you to the translator for being always so consistent, and having translated the extra parts so fast!
I noticed after finishing timing this that my original raw video had a glitch, and no matter how many times I tried to re-encode it, the sound was always off at the second part of the video. So I had to use another less high-res quality raw, but it's still HQ nonetheless. 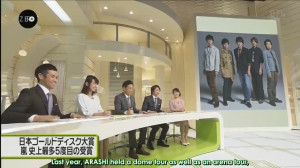 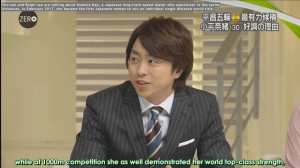 Living in the EU, reading about the number of overtime hours gives me a cold sweat, and also having worked at a responsability post were I had to deal with the plannings, contracts etc of more than 30 employees and be sure the laws are respected for their well-being, reading that there isn't a law in Japan to control the overtime hours, as well as the daily time range, makes me fall off my chair >< I really admire everyone who has to work like this, ganbare!
Also, obviously, congratulations to Arashi for a well-deserved award for 2016! Now where is my 2017 single announcement??? I'm dying for new Arashi music here XD

By the way, I really like reading your opinion every week on Ichimen, so don't hesitate to post it. News Zero calls for your opinion (unlike a VSA or something where it's just flail XD), so don't hesitate to post it :)
Thanks as always to "Arashi English translation" for letting me use her work, please support her by visiting her Facebook page.
You can also follow me on Twitter to get updates on the subs.