I scanned both RE and LE versions of the I'll be there single.
If you want a good laugh, you can also read the wonderful journey to scan this properly! (beware, you won't be able to unsee it! XD)

Rules:
You can use those scans freely.
Crediting back is nice but not mandatory
Comments are <3
All scans are 300dpi
19 pages
Photobucket gallery
Download Package: Mega | Mediafire

Here is this week's News Zero. I was very biased, and asked the translator to work on the full report on the French elections, even if it isn't Sho-san reporting on it (but he does comment on it anyway), so thanks to her for always working on all the things that I add up ;A; Also I obviously translated myself the French parts, because the Japanese subtitles were a bit nuanced, and as it's politics, I wanted the subs to be as accurate as possible!
The situation in North Korea is not getting better since last week, so Ichimen covers the subject concerning trump decision of maybe putting North Korea under Rogue State.
On a lighter note, Zero Culture is about Sho-san's upcoming new drama in october, and Ralph-san is at it again with amazing puns for his beloved Sakurai :) 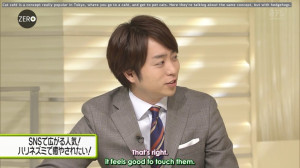 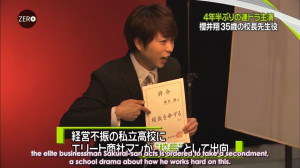 I'm crossing all my fingers here so that a French Brexit doesn't happen next week T_____T
I'm also very anxious about the situation with North Korea ;_;
We love reading your comments, because News Zero is a show calling for your opinion, so don't hesitate :)
Thanks as always to "Arashi English translation" for letting me use her work, please support her by visiting her Facebook page.
You can also follow me on Twitter to get updates on the subs.

tabunhappy , here are the scans of Arashi's Japonism DVD Booklet.

tabunhappy , here are the scans of Arashi's Scene in Stadium DVD Booklet. 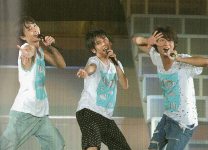 Here is this week's News Zero. Sho-san's Ichimen covers Japan’s measures regarding the tension between the US and North Korea. Quite a heavy subject, you'll find some articles as always in this post if you want to know more about it.
We also obviously included the 24hrTV main personalities announcement, as well as Ralph-san's comment, because he's such a huge Sakurai Sho fan nerd, cannot not include it ^^ (for the very new fans, "Hip Hop Boogie" is Sho's solo from "Dream-A-Live" album)
I'm so sorry for the wait again this week, again, lots of problem with finding a HQ raw provider. 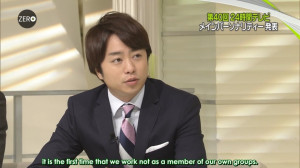 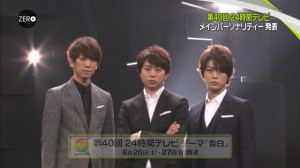 Guys, I have to apologize if you ever commented on any of my entries in my dreamwidth journal because your comment most likely got deleted.

I tried to slowly transition there by posting in LJ and DW at the same time instead of importing my entries everytime (especially since their import queue is currently over crowded, the worst it took to import was 3 days in my case!).
But I've encountered a serious, bothering issue with the way their cuts is managed, it just doesn't work at all! I tried everything for a week and I'm loosing my hair here!

I just decided in the end, I'll do as I did for the past few months, I'll post to LJ as always, and then I'll import to DW (so that means I'll be posting on arashi_off only after the import is done, which can be delayed by several days compared to LJ).

That also means it's an absolute nightmare to edit imported entries including cuts, so I cannot edit any of my old entries, on my DW journal (so the masterpost links back to LJ links) or on arashi_yuuki imported DW.

I have already reported the issue to DW maintenance, so I hope it will be fixed in the near future. So I apologize in advance for the DW exclusive users, you will have to wait several minutes to several days to see my posts there :/

Here is this week's News Zero. It's a report on Mashiki town in Kumamoto preferecture, which was struck by a series of magnitude 7 eartquakes last year from April 14th to April 16th. So this is not an Ichimen.
Extra thanks to

tronella for helping us this week with translation QC, you get to appear in the opening as a super thank you <3 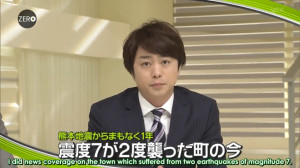 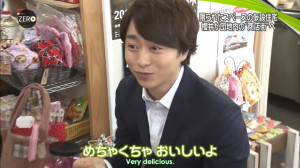 The situation is still very difficult for the residents of Kumamoto, but I always appreciate how these reports are always full of hope. If you want to donate to the Kumamoto quake relief cause, I suggest you do so here on Global Giving.

This entry has moved to DreamWitdh

After the Sho Cliff Climb fail compilation, I felt the need to share to the world some Sho!win!
And by Sho!win, I mean "gesture games"! It's unfortunately waaaaay less long than the Cliff Climb one (only 18 minutes long), please don't blame me, blame the TV producers for not making Sho-chan do more gesture games XD

You can also download it directly on Mega!
~Enjoy!

This week's ichimen is a bit late as I had great difficulties getting my hands on a decent raw, sorry about that. Sho-san talks about a new rule concerning one of the many great aspects of Japan: lost items (if you've ever been to Japan and lost something, you may know that there is a high chance that someone brought it back to the police and you will get it back).
Also, as I'm really really biased and my translator is really really nice, we've included the report on Yuzuru Hanyu (fans, I know you're out there!), as well as Sho-san's comment on it.
And then, NEWS ZERO has a new theme song (previously, it was by Utada Hikaru, you can hear it at the end of this News Zero), called "Kanaria" and sung by Yuzu, and once again, I'm really really biased and my translator is really really nice, so she translated the lyrics (づ￣ ³￣)づ
There's also bonus ShoxUmbrellas 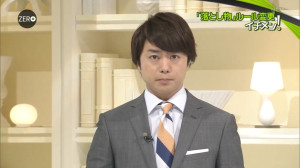 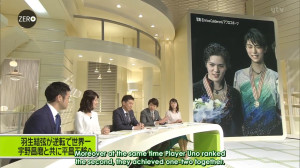 All in all, an awesome News Zero: Sho-chan + Yuzuru Hanyu + Yuzu (like... Yuzu²?), what more can I ask for? (ﾉ◕ヮ◕)ﾉ*:･ﾟ✧
Also, as I said at the beginning of this post, the usual raw provider had a problem encoding this week's NZ, so I had to combine two different videos of different quality to include everything I wanted to include, so the video is of lesser quality than usual. Thank you so much @agphish and @twomiyakun for their help! <3

By the way, if you want to link this entry to Yuzuru Hanyu fan communities, feel free to do so (I just don't know any of them so...)